This guide will direct researchers to resources on the topic of the Carolina Lowcountry region and its historical connection to the Atlantic World.

Browse this list to find web resources related to Pan-Africanism. If you have any questions or would like research assistance, don't hesitate to chat with us or to schedule an appointment with a librarian.

"War Queen" from the Walter Pantovic Artifact Collection in the Lowcountry Digital Library. 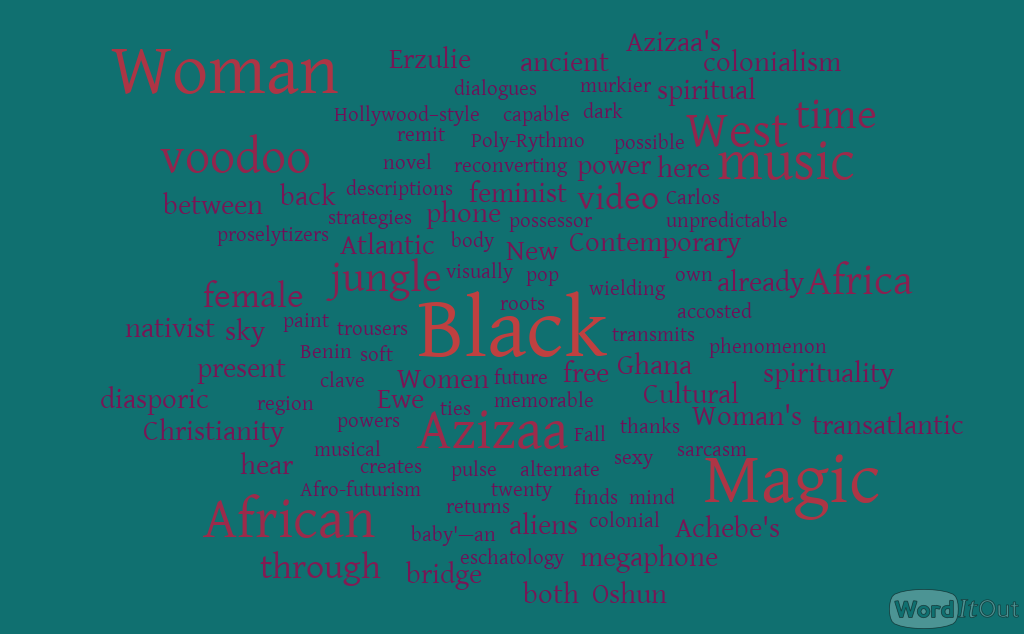 Word cloud from article entitled "Black Magic Women -- Ancient, new, and cicum-Atlantic," published in 2015 in Africa Is A Country. 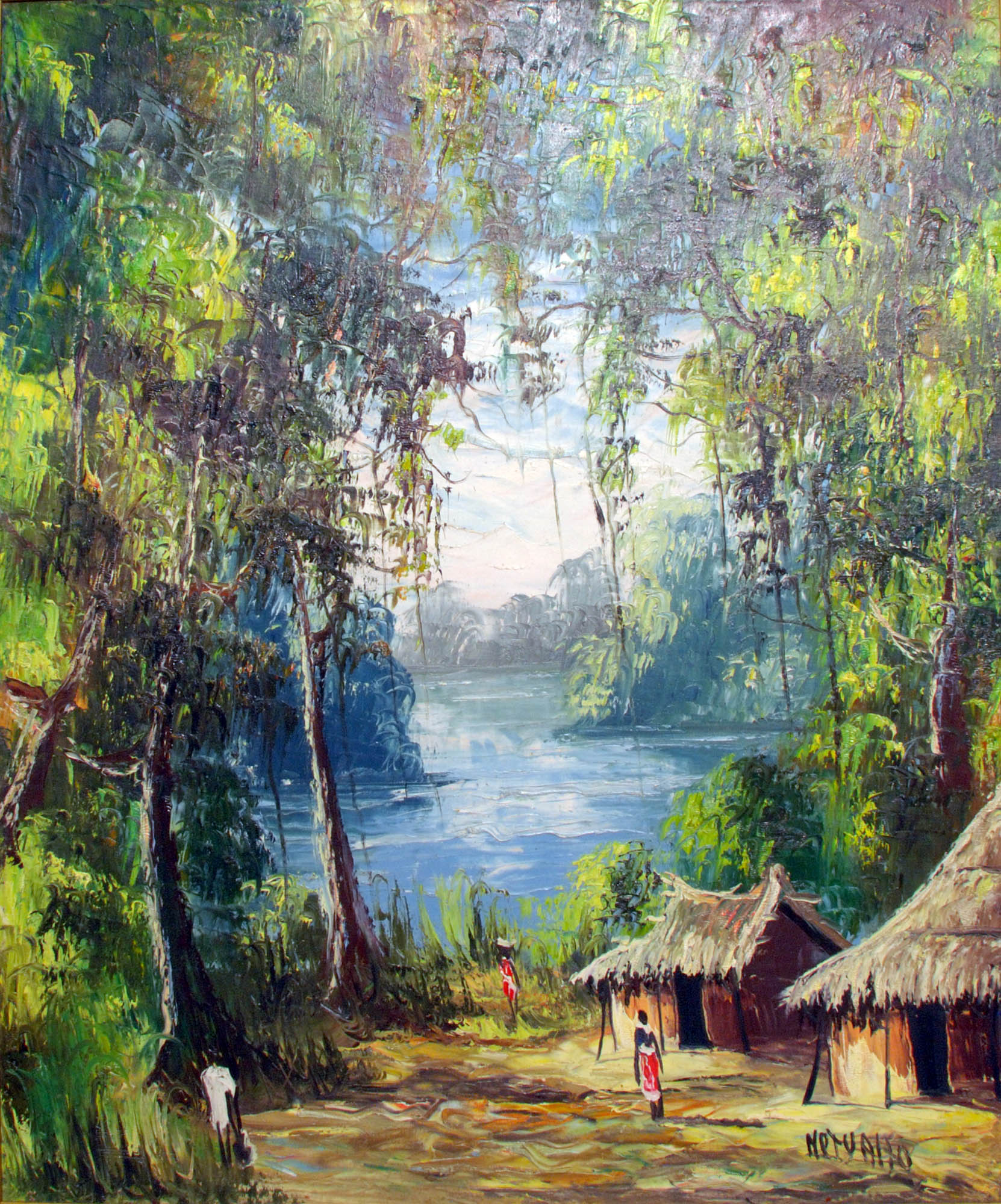 "Framed acrylic painting depicting a village by a river in a forest setting" from the Joseph A. Towles Artifact Collection in the Lowcountry Digital Library.