Resources for teaching and scholarship in the field of digital humanities. 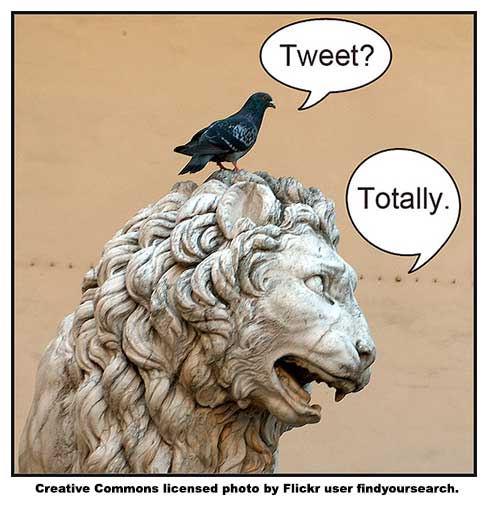 Twitter has emerged as the key platform for communication among digital humanists. See The CUNY Digital Humanities Research Guide for more information on DH on Twitter, DH Now in Journals, and Tips.

The # symbol, called a hashtag, is used to mark keywords or topics in a Tweet (it can also be used on other social media platforms). If you Tweet with a hashtag on a public account, anyone who does a search for that hashtag may find your Tweet. Common digital humanities hashtags are #digitalhumanities and #dh.  One way to find relevant hashtags on Twitter is to use commonly used digital humanities vocabulary, for example #digitalteaching. Searching other social media sites (i.e. Tumblr and Pinterest) can help identify relevant hashtags as well.

When you log in to Twitter, you'll land on the Tweets timeline view of your homepage. If you see Tweets in your timeline from users you don't follow, check to see if they are retweets. It's likely someone you do follow chose to re-broadcast a message because they found it interesting. Timelines can also consist of collected messages from users in lists that you've curated or as search results. When you click on a list, you will see an aggregated stream of Tweets (a timeline) posted by the users included in that list. Similarly, when you perform a search, you'll see a timeline of messages that all match your search terms.

There are a variety of Twitter apps to choose from.  8 Useful Tools to Manage Multiple Twitter Accounts Simultaneously provides a helpful introduction.

25 Twitter Apps to Manage Multiple Accounts, from Mashable wrote, breaks down some of the more popular multiple account apps by categories for desktop, browser add-on, mobile, and semi-professional.

Tumblr is another social media platform that you can use to search for DH hashtags and find DH scholars.  Steven E. Jones is using emergenceofdhbook.tumblr.com to provide information about projects that has inspired or been inspired by his book project The Emergence of the Digital Humanities due to be published by Routledge in August.  To find more Tumblr users to follow, use the RSS feed for Tumblr entries tagged with 'digital-humanities' to find more posts related to digital humanities. 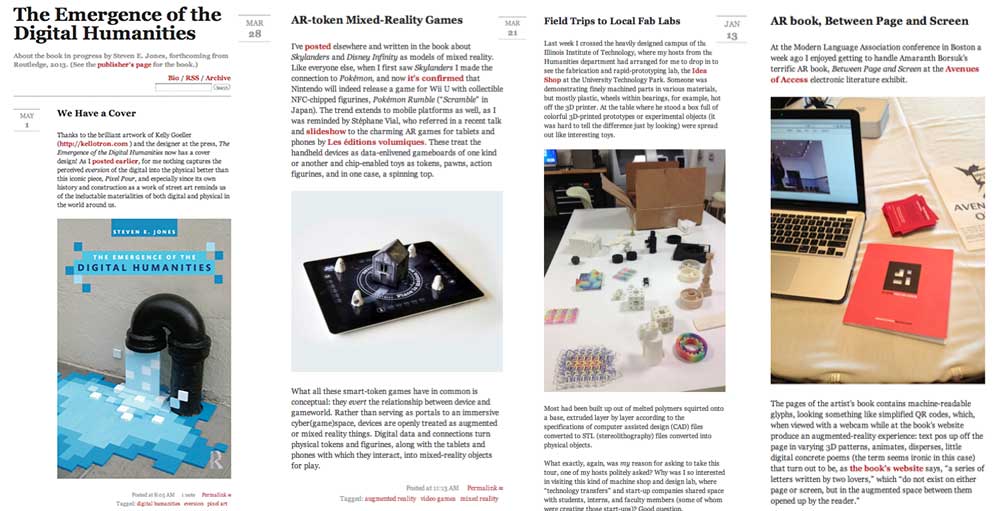 Pinterest is a visual virtual pinboard that you can use to collect and search for visual DH information.  To find Pinterest boards about Digital Humanities, use the feed for Pinterest Boards on Digitial Humanities. 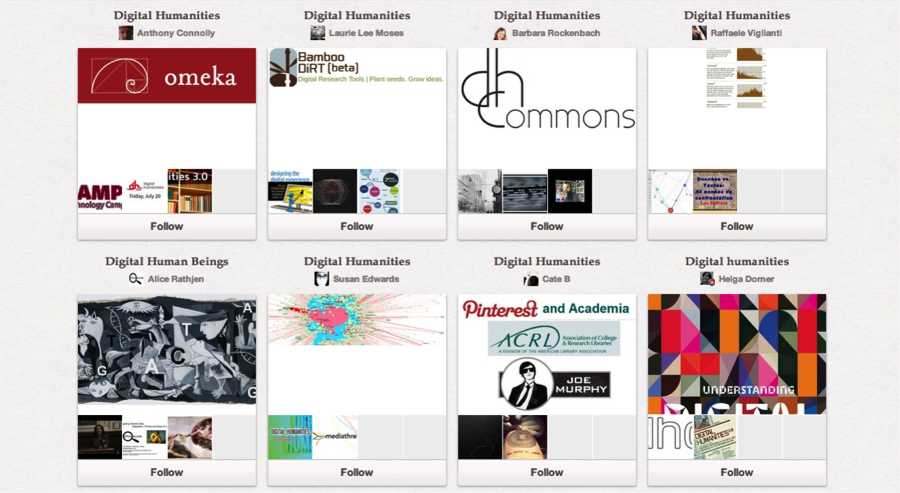