HIST 350: Native Americans & the Clash of Empires: The Big Picture

HISTORICALLY: It is the mid 18th century on the Pennsylvania frontier in North America. For the last few years the whole frontier has been embroiled in a vicious war involving Pennsylvanians, native Americans, and French and British regular and irregular soldiers. A Treaty Council is being held to try to bring peace between all combatants..

GAME-ICALLY: You will be playing a character in a Live Action Role Play game (with very little action and mostly talking) in which you will engage with 18th century Pennsylvania settlers, Quaker Colonial Administrators, Royal Administrators, and Delaware and Iroquois Indians in a Treaty Council to bring peace back to the frontier in 1757 - or not. 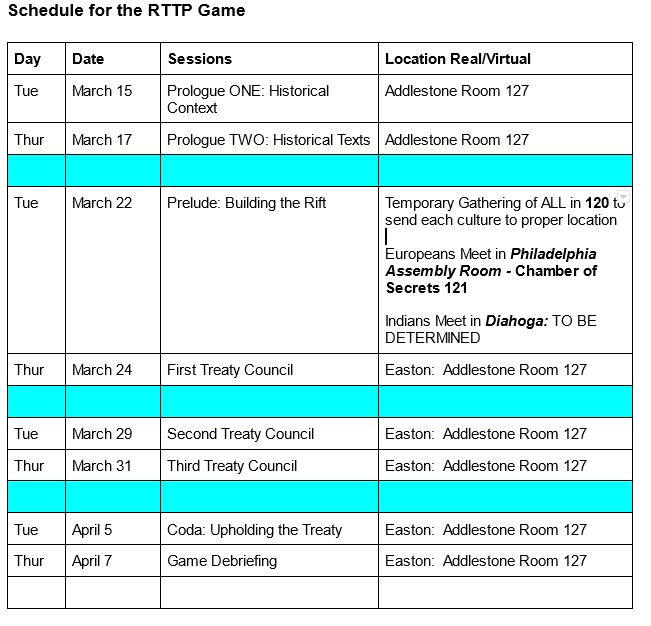