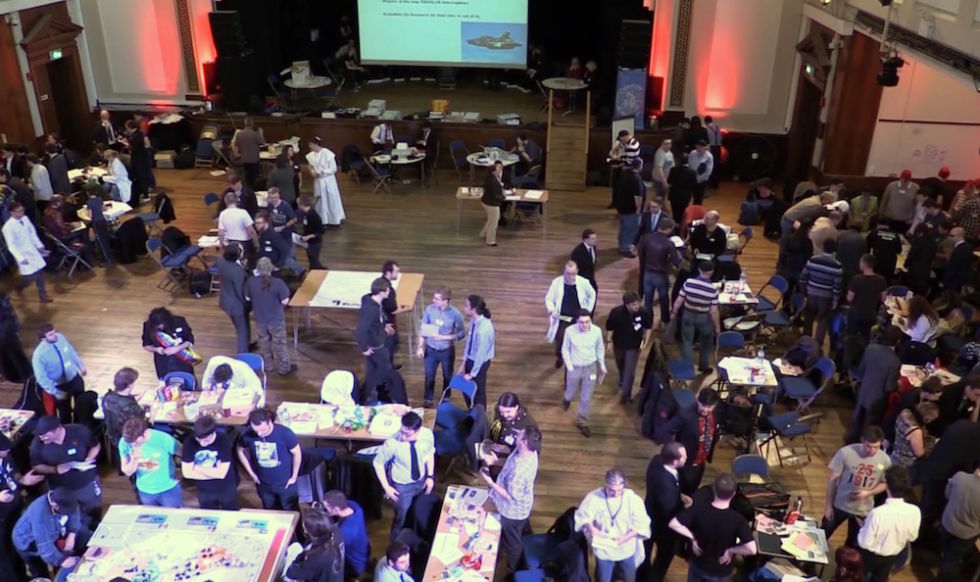 A Megagame is a multiplayer game in which the participants are organized into teams, and those teams into an hierarchy of teams.  These teams take on specific roles - for example as a national government, corporation, media organization or other political or social faction, and they interact with other teams representing their opponents or allies.  Thus, a megagame mostly involves social interaction and networking and trying to achieve goals within a system. The subject matter can range from politics, economics, history, literature, science fiction and heroic fantasy.

A megagame has been characterized as a LARP/boardgame hybrid with escape room elements and mechanics.  Megagames are characterized by large player counts which can range from 50 players into the hundreds. A megagame is similar to a model United Nations with players divided into teams which may represent nations.  However a megagame scenario involves an underlying narrative which goes far beyond simulating an interactive working bureaucracy. Teams may represent nations or entities such as corporations, media organizations, secret or criminal organizations, or even religious, social or political factions.  Each team or faction has a specific agenda and secret goals and sometimes individual players have secret agendas which may not necessarily coincide with that of the team.

A megagame has a team of umpires call “Control” that is responsible for managing the operation of the game, which includes explaining rules, making up rules on the fly to address situations, and generally monitoring the game.  Many games have subgroups of Control members which manage the disparate sub games within the game.

The physical environment of a megagame consists of several tables or areas either in one large room or several smaller interconnected rooms in which the players participate in several min-games within the context of the larger “megagame.”   Though the players are on teams, a player’s role determines the mini game or games in which he/she participates and the degree to which the player is free to move among the other areas of the game. The results of the actions taken in these mini games affects activity of the entire game in various ways and levels. Thus the players are action agents in a feedback system that changes and evolves over the course of the game.  Much of what goes on might be described as role playing - though there is also a large element of decision making, problem solving, puzzle solving, strategy, and lots of negotiation. 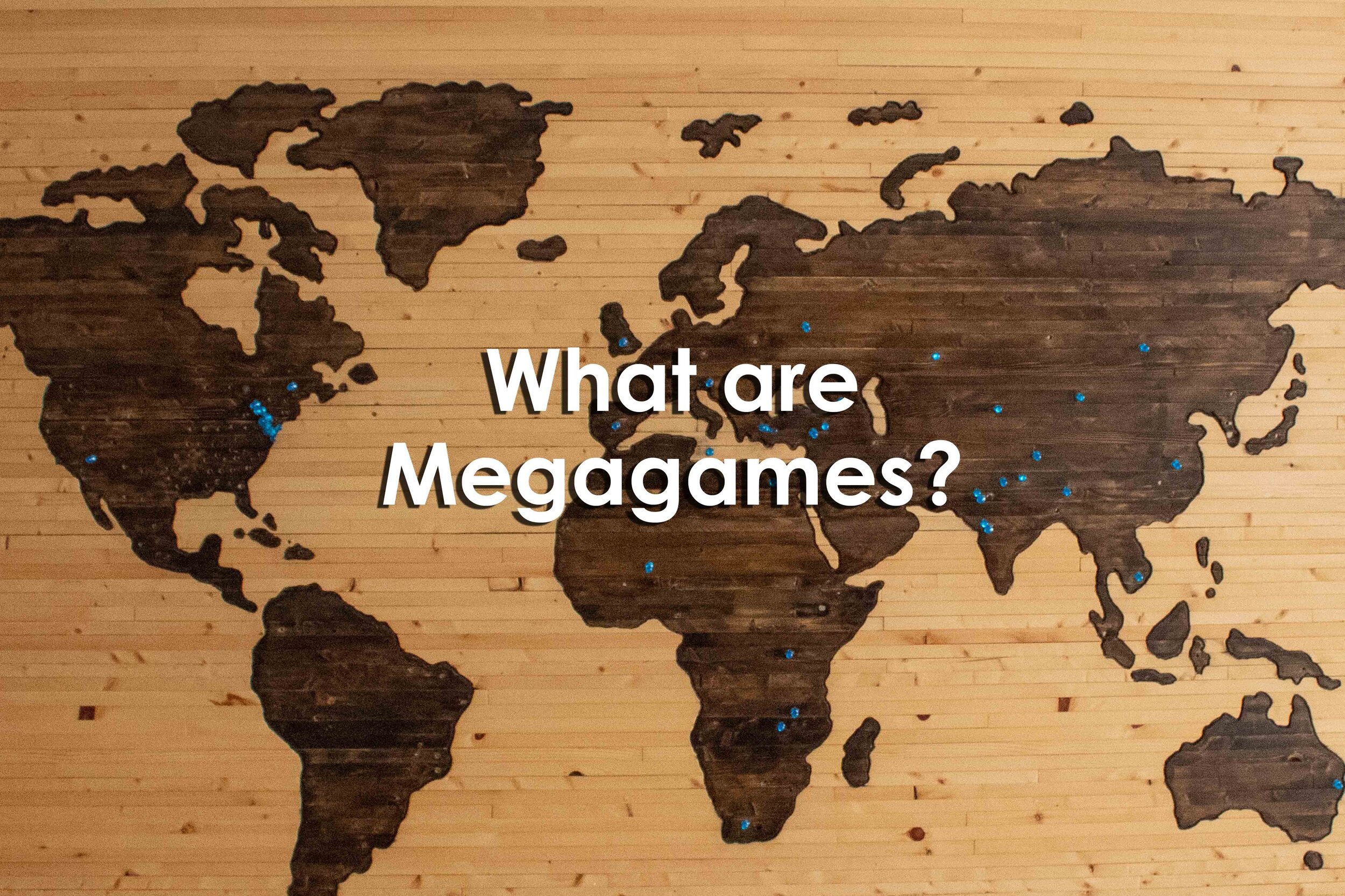 Most human play is accompanied by genuine emotional intensity.  All of our games are, first and foremost, opportunities for experiential learning and development. Players are drawn in and engaged by the depth and richness of the game structure and content.  Stone Paper Scissors games are designed around the needs of the group – these are not 'one size fits all' games and we develop games to meet the key question "What Do You Want To Achieve?".

Our games particularly allow that all-important facilitated time for post game analysis, review and evaluation so that everyone can, if they wish, come away with some reflection on their practice or personal development.